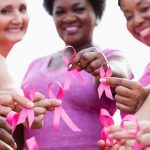 October brings to mind the beauty of the leaves changing colors and a time to enjoy the colder weather. But October also holds another meaning for millions of people: it’s Breast Cancer Awareness Month. Based on the numbers, there’s a good chance that you or someone you know has been affected by breast cancer. Approximately […] READ MORE