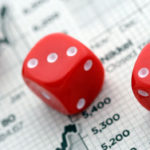 Another week of economic performance brought more news that the markets continue their bullish streak. After eight consecutive record-high closings, the Dow rose above 22,000 for the first time ever and finished the week up 1.20%.[1] The S&P 500 was up 0.19% for the week, and the NASDAQ slightly fell by 0.36%.[2]Meanwhile, the MSCI EAFE closed […] READ MORE