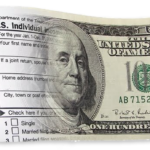 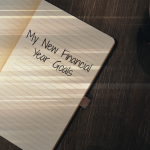 Defining your Goals Are you thinking about re-evaluating your financial habits for the New Year?  You’re not alone.  New Year’s resolutions after all are a fancy, delicate way of saying you need to start making changes in your life.  The changes can vary from eating habits to spending habits, but they all have one […] READ MORE

What Can Affect YOUR Credit Score? SURPRISE!!

We all know enough to pay our bills on time and carry as little debt as possible, and most of the time, that is all that matters in your credit score. Yet other, smaller factors that many people aren’t aware of can cause your score to suffer. Small Unpaid Private Debts Many people pay their […] READ MORE

One of the smartest financial moves you can make now is to pay down your credit card debt.  Credit card companies have always been notorious for high interest rates and fees. The passing of the 2010 Credit Reform Act then caused issuers to raise rates even further, though limiting some of the fees that were […] READ MORE