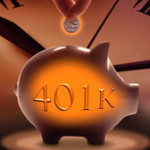 When leaving a job, take some time to evaluate the benefits of a 401(k) rollover.  The reasoning has to be sound, so let’s look at a few things to consider when evaluating the merits of rolling over 401(k) assets into an IRA. 1. Consolidation – Moving all of your 401(k) accounts at different former employers to […] READ MORE

If you don’t have an actual plan for how to achieve retirement successfully, you may just be “winging it”! Really?! How do you think that’s going to work out for you? It’s true that while many may participate in their company’s 401(k) plan or another workplace retirement plan, many workers don’t know what to invest […] READ MORE

Make Your 401(k) Retirement Plan Work For You

When it comes to saving for retirement and building a portfolio to last a lifetime, most Americans are way behind. More than 54% of Americans report that the total value of their household’s savings and investments is less than $25,000, according to the Employee Benefit Research Institute’s annual Retirement Confidence survey. What’s worse, 27% have […] READ MORE